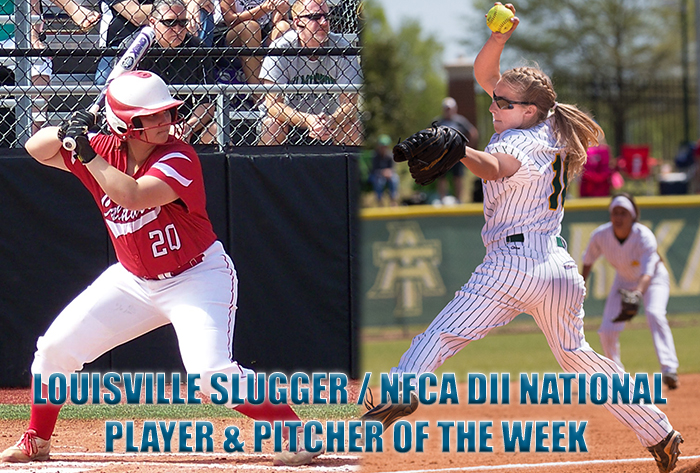 Monasseri put on a power display during Caldwell’s 4-0 week. The sophomore catcher batted .778, slugged 2.444, homered five times, knocked in 13 runs and crossed the dish seven times. She also showed her patience at the plate, drawing four walks and posting an .846 on-base percentage.

“I am honored to be named the Division II National Player of the Week by the NFCA,” said Monasseri. “My team and I played well last week but we have bigger goals that we are focused on. I am pleased to have achieved this honor and our team remains focused on having a great season.”

The Central Atlantic Collegiate Player of the Week moved into the league lead with nine long balls, sending the ball over the fence twice against Concordia and Georgian Court, respectively. Monasseri, a native of Monroe, N.J, drove in five runs in each of those contests, scoring three times against Georgian Court. She added the other long ball in game two against Concordia.

“It is a great honor that Marisa was named the NFCA Division II National Player of the Week,” head coach Dean Johnson said. “She had a tremendous week and helped lead our team to four key conference wins. Marisa is a talented player and overall good student-athlete. Our team has an ultimate goal in mind as we head down the stretch of our season and she will be one of the many reasons for our success.”

Gum was sensational in her two starts against nationally-ranked Southern Arkansas. The junior hurler fired one and two-hit shutouts against the then-23rd ranked Muleriders. She held Division II’s 12th-rated offense scoreless for the first and second time this season.

“I’m honored to be named National Pitcher of the Week,” said Gum. “It wouldn’t be possible without a great team behind me and our coaches leading the way all season. We’ve accomplished so much together this year and we are hoping to finish strong.”

In the opener, Gum surrendered just one hit and fanned 14, while providing herself with all the offense she would need, a two-run triple in a 2-0 triumph. The Red Rock, Okla. native limited SAU to two hits and struck out 10 to secure a 1-0 victory for the then-No. 5 ranked Golden Suns in game three of the series. With her 14 innings of scoreless ball last week, Gum has fired three straight shutouts and not surrendered an earned run over the last 27.2 innings.

“Jalissa has been consistently outstanding all year,” said head coach Kristina McSweeney. “She gave us two of her best outings of the year against an outstanding team and I couldn’t be prouder of her performance and being named National Pitcher of the Week.”