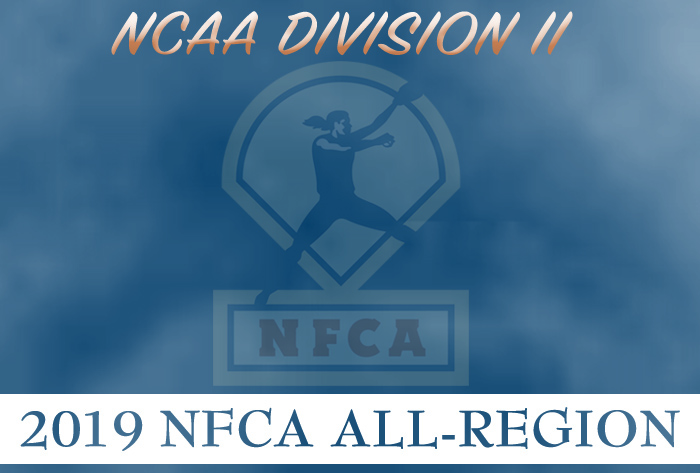 The awards honor softball student-athletes from the Association’s eight regions with first and second-team selections. NFCA member coaches from each respective region voted on the teams, and all the honorees now become eligible for selection to the 2019 NFCA Division II All-America squads.

Winona State led the way with five representatives. The Warriors, the second seed in the Central Region, garnered three first-team honors. Topping the charts with four first-team plaudits is Kutztown out of the Atlantic Region.

The 2019 NFCA Division II All-American teams will be announced on Wednesday, May 22 at the NCAA Division II National Championship Banquet in Denver, Colo.