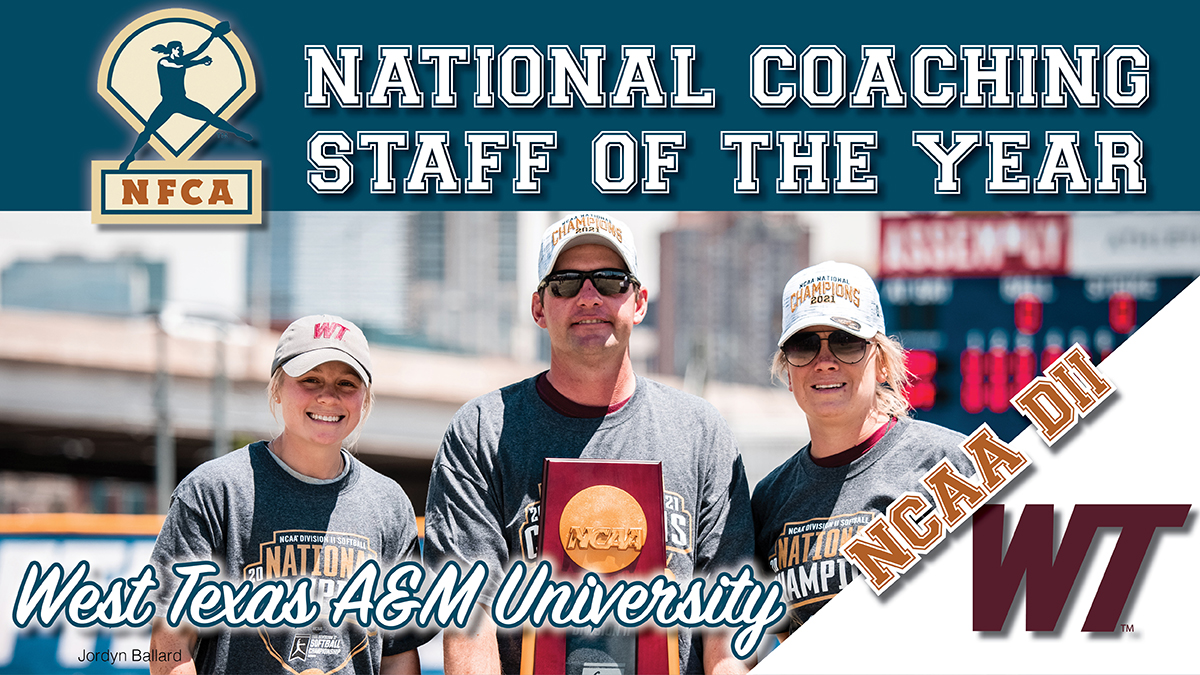 LOUISVILLE, Ky. – Coming off the program’s second national title, West Texas A&M University head coach Michael Mook and his staff have been voted by their peers as the 2021 NFCA Division II National Coaching Staff of the Year, the Association announced Tuesday afternoon.

Mook, along with assistant coach Janelle Trautmann and graduate assistant Kara McDougall, guided the Lady Buffs to a 43-12 overall record and 20-10 Lone Star Conference (LSC) mark in their first full season and second overall in Canyon. WT, the No. 6 overall national seed at the NCAA DII Championship, bounced back from an opening loss in the Championship Series and topped Biola University twice to claim the 2021 crown.

The Lady Buffs posted a 5-1 mark at the national championship tournament recording wins over the top three national seeds - No. 1 and defending champions Augustana, No. 2 Saint Anselm and No. 3 Grand Valley State. En route to the national championship, WT (No. 3 seed) won the South Central Region title with wins over LSC foes Texas A&M-Kingsville, top seed Oklahoma Christian and host Texas A&M University-Commerce. The latter win came after the Lions forced an if-necessary game with the Lady Buffs. They also swept through the LSC tournament as the No. 4 seed to capture their fifth league championship.