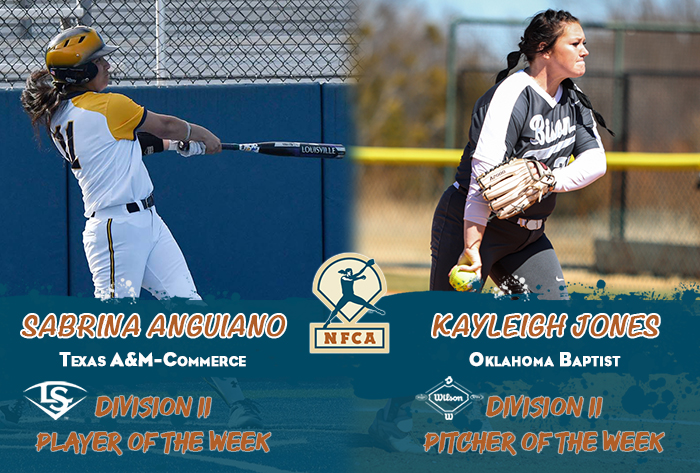 Anguiano was retired just once in 12 plate appearances over four games last week. She hit .909 (10-for-11) with two doubles, three home runs and seven RBI. Anguiano scored eight times, recorded a .917 on-base percentage, slugged 1.909 and was a perfect three-for-three swiping bases. Homering in three of the four contests, she registered four multi-hit contests, including three hits twice. She drove in three in game two versus Western New Mexico and scored three times against UT Permian Basin.

Jones posted a 2-0 mark with a 0.50 ERA and 20 strikeouts to zero walks over 14 innings of work. The junior hurler registered a pair of 10-strikeout complete games in wins over East Central. Jones twirled a three-hit shutout in game one of the series and closed out with a six-hitter (1 ER) in the series finale. It marked her seventh and eighth double-digit strikeout performances of 2022.