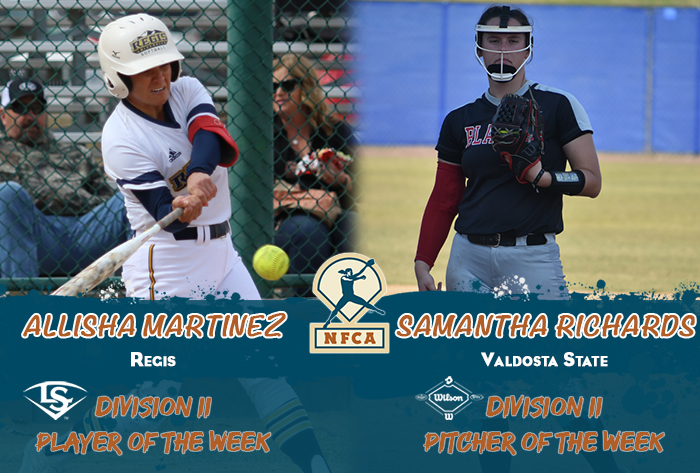 Over the weekend, Martinez hit .750 (6-for-8) with a pair of doubles, three home runs, 11 RBI and six runs scored. She drew two walks and slugged 2.125. Along with her five extra base hits, Martinez was productive when she was retired, recording three sac flies. In Rocky Mountain Athletic Conference action, Martinez homered, doubled and drove in four runs in games one and four against New Mexico Highlands. She also left the yard in game two of the series.

Richards posted a 4-0 mark with a 1.25 ERA and 37 strikeouts over 22.1 innings of work. She registered a one-hit six-inning shutout at Flagler and held her opponents to a .174 batting average last week. Richards fanned 14 during a complete game win in game one of Gulf South Conference play versus Montevallo. The junior hurler also picked up a win with 2.1 innings of shutout relief in game two versus the Falcons.