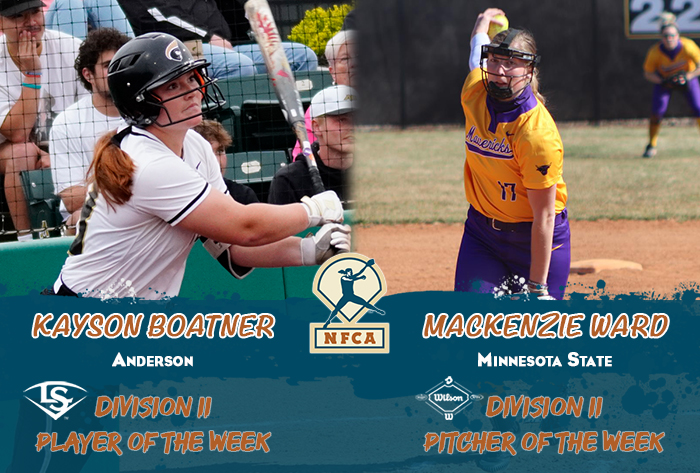 In a pair of doubleheader sweeps, Boatner, who captured her third weekly honor of 2022, hit .667 with a double, triple, home run and five RBI. Against then-No. 15 Lincoln Memorial, she drew five walks, three of which were intentional, in game one of the twinbill. Against Coker, Boatner was 5-for-8 with five RBI and three runs scored. She doubled, homered and drove in three runs in the opener. The Phenix City, Ala. native added three hits, including her first triple of the season, and two RBI in game two. Boatner finished the week with a .786 on-base percentage and did not strikeout in 14 plate appearances.

Ward was lights out last week for the Mavericks. The senior hurler finished 4-0 with a 0.00 ERA and 31 strikeouts to just three walks over 22.1 innings of work. Ward scattered nine hits, registered two shutouts and held her opposition to a .120 batting average. Hailing from Clive, Iowa, Ward twirled a pair of two-hit shutouts versus Minnesota Crookston and Bemidji State, striking out 10 and eight batters, respectively. During her outing against BSU, she recorded her 1,000th career strikeout to become just the second Viking in program history to reach that milestone. She added nine more punchouts in a six innings of work at Upper Iowa.