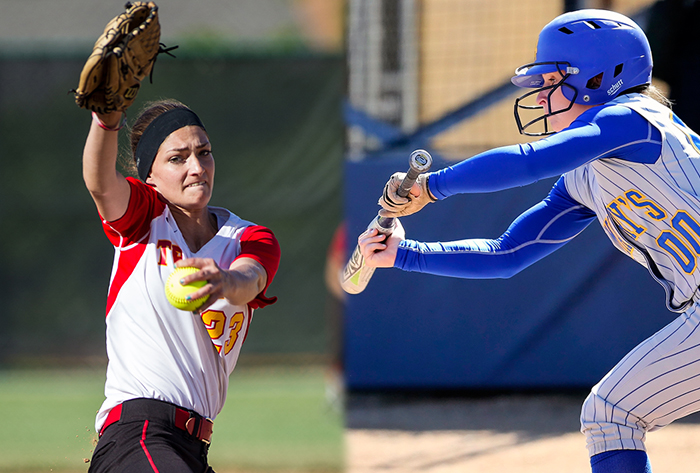 “Definitely the hard work paid off,” Michel on the recognition. “January is time to go hard and prepare for the season. Going day by day, improving on the little things and coming up with hits that get me on base. It's rewarding.”

After launching a grand slam against Our Lady of the Lake, Michel did most of her damage at the West Texas Invitational in Canyon, Texas. She doubled twice and recorded four RBI vs. Midwestern State and followed that with three consecutive three-hit games against 2015 NCAA participants- Cameron, 22nd-ranked and host Lady Buffs and Metro State. Against the latter Roadrunners, the Giddings, Texas native was a single away from the cycle with three RBI and three runs scored. She also scored twice three times and swiped two bags versus Cameron.

"As a coach I always look at the total team performance and do not focus on the performance of the individual, but we took note of the level of play Hannah performed at this week,” said head coach Donna Fields. “To be recognized as the NFCA Player of the Week is an exceptional honor.  Of the many great athletes that have come through this program, there are not too many that have had the privy of the award.  We are proud of what she has accomplished. She is such a dedicated and well-disciplined individual; her work ethic has brought her to this level of play.”

Perryman was lights out keying the seventh-ranked Tritons (10-0) to five of their six wins. In five starts last week, the senior from Streamwood, Ill. did not allow a run, surrendered just seven hits and struck out 64 in 33 innings of work. Perryman registered her 12th career no-hitter with 10-strikeouts in a 4-0 win over Southeastern Oklahoma at the 8-State Classic hosted by Arkansas-Monticello. The no-no moved her into a tie for fourth on the NCAA Division II career charts.

“This honor means so much to me,” Perryman said. “My team and I have worked incredibly hard this off season, so being recognized is a true honor. I can’t wait to see what the rest of this season has in store for us.”

The lefty hurler twirled a pair of one-hitters, including a scintillating 18-strikeout performance against Northwestern Oklahoma. She also notched a two-hit blanking of Nebraska-Kearney, fanning 14 and bringing the NCAA’s, across all divisions, active strikeout leader’s total to 1,257, which is seventh all-time in Division II. For the week, she held opponents to a .069 batting average and struck out 10-plus in all five appearances.

"Hannah has had an amazing start to the season,” said head coach Brian Levin. “Going six straight starts without giving up a run is astonishing. She never ceases to amaze me, and I am really looking forward to what else she has in store for us."