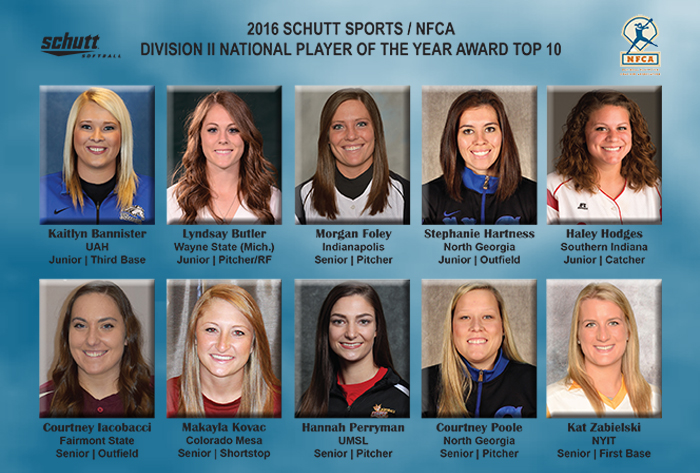 LOUISVILLE, Ky. – Ten finalists have been selected for the 2016 Schutt Sports/NFCA Division II National Player of the Year award, announced the Association on Thursday afternoon.

The group is headlined by inaugural winner, Courtney Poole of North Georgia, who along with teammate, junior Stephanie Hartness give the defending national champion Nighthawks two honorees for the second straight season.

Eight finalists earned either their league’s Player of Pitcher of the Year honor and seven are representing their programs in the 2016 NCAA Division II Softball Regionals today.

The Top 3 on May 12 with the 2016 Schutt Sports NFCA Division II National Player of the Year revealed on Tuesday, May 17.