LOUISVILLE, Ky. – Ten finalists have been selected for the 2017 Schutt Sports/NFCA Division II National Player of the Year award, announced the Association on Thursday afternoon.

The group is headlined by 2016 winner, Lyndsay Butler of Wayne State University, who was named Great Lakes Valley Intercollegiate Athletic Conference (GLIAC) Player of the Year.

The NSIC was the lone conference with multiple selections (Kennedy & Ries).

The award was created in 2015 to honor the outstanding athletic achievement among softball student-athletes throughout Division II. North Georgia’s Courtney Poole was the inaugural winner, followed by Butler last year. 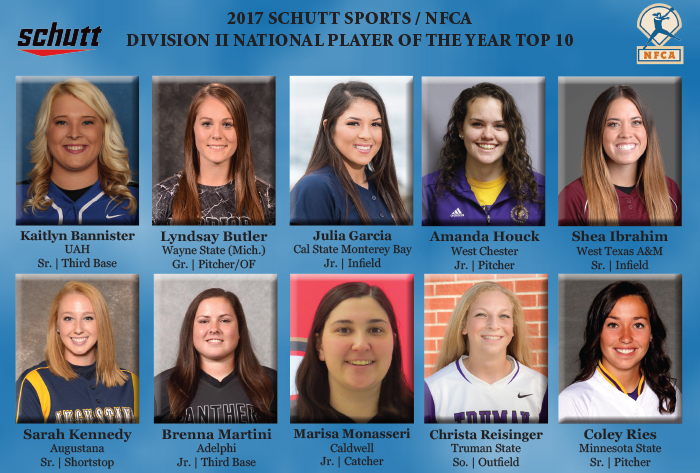