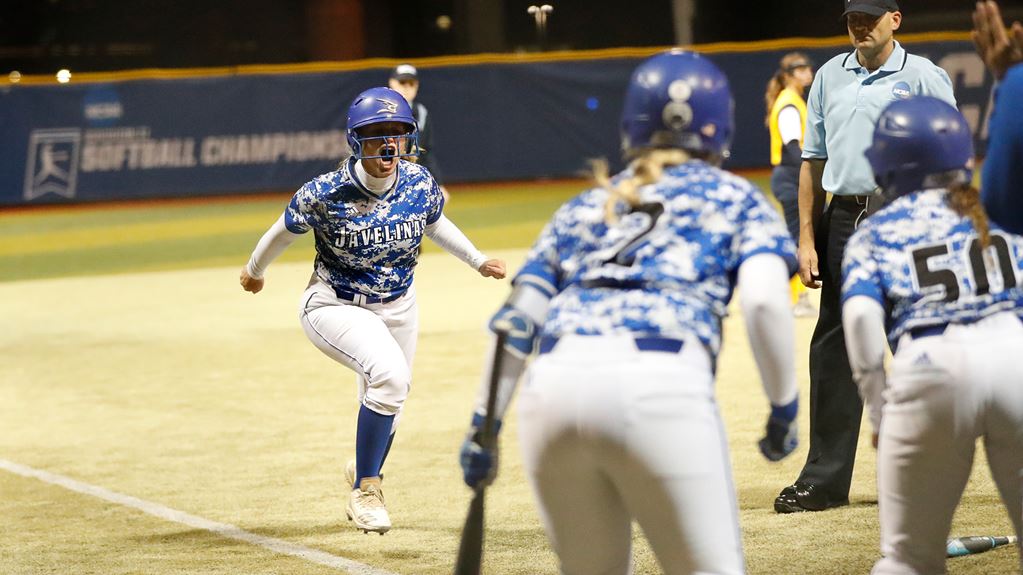 DENVER – A two-run homer by Veronica Chavez jump-started a six-run sixth inning for Texas A&M-Kingsville and it keyed the Javelinas (52-8) to a 7-2 victory over Augustana in the first game of the Division II National Championship Series on Sunday night at the Regency Athletic Complex in Denver.

TAMUK is now one win away from the program's first national championship, while the Vikings (59-11) will have to win two games for their program's second title. Game two of this best-of-three at 4 p.m. ET on Monday, May 27 with the start time for the if-necessary game on Monday is TBD.

Augustana sandwiched solo home runs by Samantha Eisenreich and Kendall Cornick around Victoria Schoonard-Saborio to grab a 2-1 lead in the third.

A leadoff double by Roxy Chapa got TAMUK started in the sixth, followed by Chavez's two-run blast to put the Javelinas in the lead for good. With the bases loaded, Schoonard-Saborio cleared the bases with a double off the rightfield fence. The rally was capped off by Anastasia Leibas, who punched a single through the middle, plating Schoonard-Saborio.