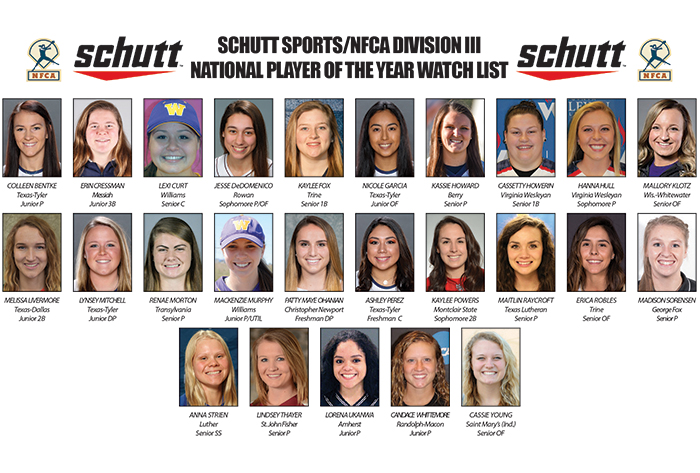 Reigning Player of the Year Hanna Hull of Virginia Wesleyan, a sophomore, leads the way, and is joined by Marlins senior first baseman Cassetty Howerin on the list.

The West region has the most representatives, with seven, followed by the Atlantic with five, Central with four, East and New England with three each, and Great Lakes, Midwest and Northeast with one apiece. There are 12 seniors, eight juniors, three sophomores and two freshmen being recognized.

The list, which started at 50 prior to the season, will be reduced to 10 finalists when the All-Region teams are selected later this month, with the winner chosen following the completion of the NCAA championship.