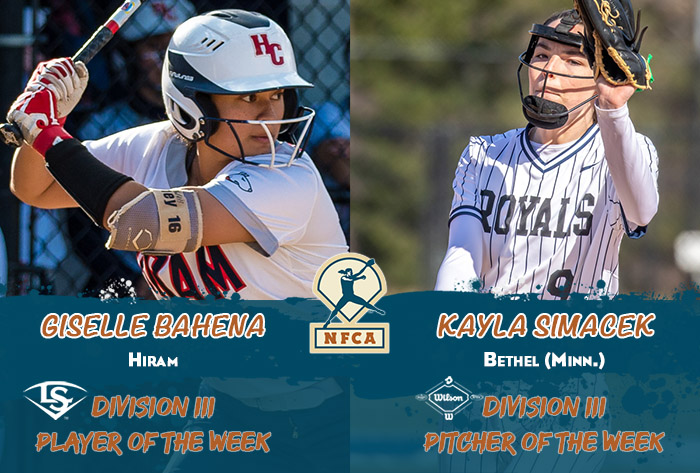 Bahena, a graduate catcher from Pomona, Calif., was 13-for-17 (.765) with eight runs scored, six doubles, three walks and no strikeouts in 20 plate appearances. The Bishop Amat Memorial High graduate had three games with three hits and four multi-hit contests overall for the week, compiling a .800 on-base average and 1.118 slugging percentage. She also caught every inning, recording 36 putouts, four assists and no errors.

Simacek, a junior right-hander from Hastings, Minn., tossed a no-hitter against Saint Mary’s and became the 11th-ranked Royals’ single-season wins (16) and strikeout leader (228) this week. The Hastings High product went 7-0 with five complete games, a 0.98 ERA, three walks and 62 strikeouts. She fanned at least eight in all seven of her games, and extended her win streak to 22 starts.