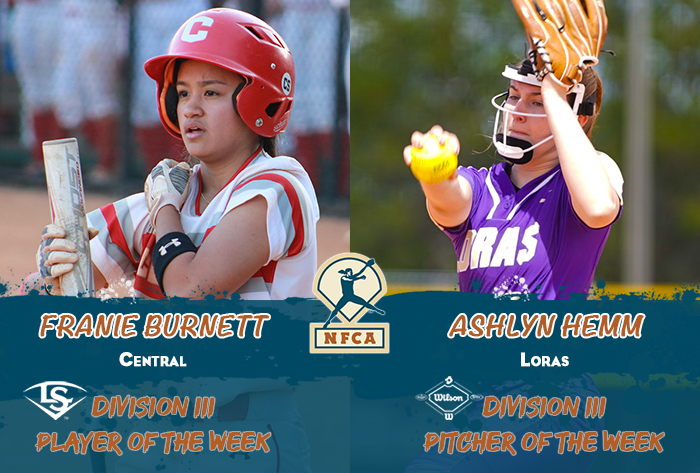 Burnett, a sophomore right fielder from Ankemy, Iowa, hit .667 for the week with 14 runs, two doubles, two triples, 10 RBI and 12 steals in 12 attempts. The Centennial High product tied a school record with five stolen bases in a 8-4 win over Brockport last Thursday and took hits away from opposing batters with her speedy coverage in the outfield all week (13 putouts, one assist).