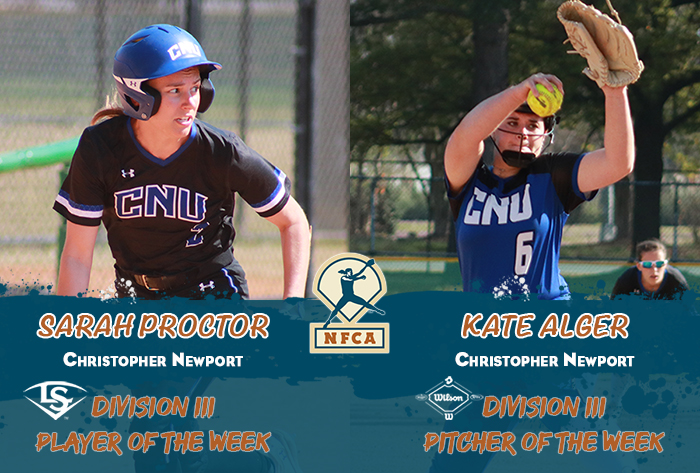 Alger, a freshman pitcher from Staunton, Va., had a perfect game against then-No. 16 Trine broken up in the seventh inning, leading to a one-hit shutout, then tossed a perfect inning of relief in a victory over RV Emory. She also twirled a three-hit shutout of Pomona-Pitzer to help the Captains go 6-0 at the Leadoff in Columbus, Ga., over the weekend. For the tournament, Alger was 2-0 with a 0.00 earned-run average, four hits and two walks allowed, and 20 strikeouts in 13 innings.