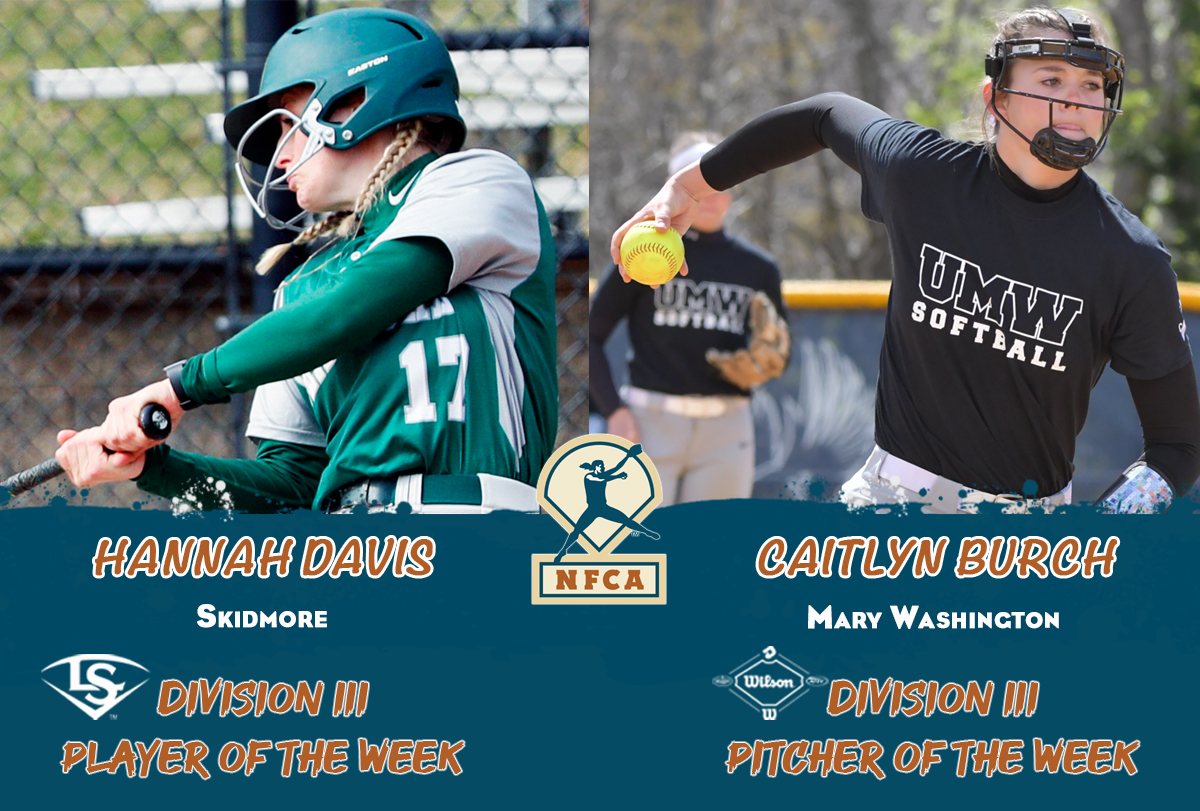 Davis, a senior pitcher and first baseman from Stafford, Conn., hit .636 for the week (7-for-11) with four runs, a double, two homers, nine RBI, and intentional walks in each of her final three at-bats. Meanwhile, the Stafford High product was 2-0 in the circle with a 0.75 ERA, 11 strikeouts and just two walks allowed over 12 innings pitched.

Burch, a sophomore right-hander from Mechanicsville, Md., fanned 11 batters en route to her first collegiate no-hitter on Saturday against Gettysburg, then earned the save in game two. For the week, the former three-sport standout at Chopticon High was 3-0 with a 0.28 ERA, 37 strikeouts and just five walks over 25 innings.