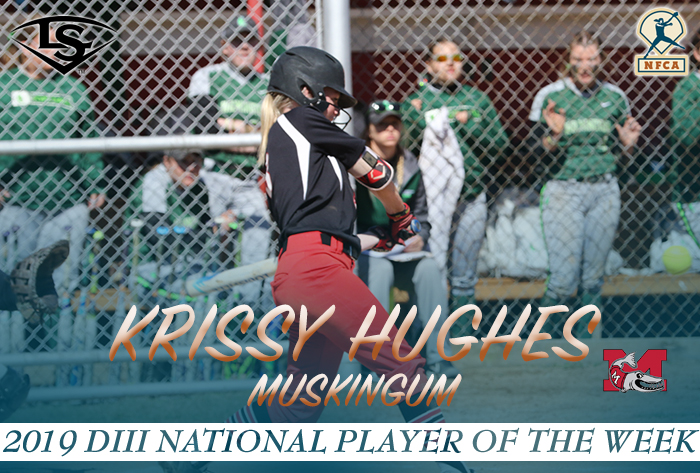 Junior right-hander Decker tossed a pair of two-hit shutouts and recorded a save for the Ravens. She struck out nine in a 1-0 victory over Ripon and fanned 12 in a 4-0 win over Kalamazoo, before securing Anderson’s 6-5 eight-inning triumph over Macalester. For the week, Decker allowed just four hits and no runs, while striking out 21 over 14.1 innings.

Senior center fielder Hughes, meanwhile, batted .633 (19-for-30) with nine doubles, nine steals and two triples over eight games for the Muskies. Six of those games were multi-hit contests, including three hits and four hits twice each. She also recorded 11 putouts on 11 chances in the field.