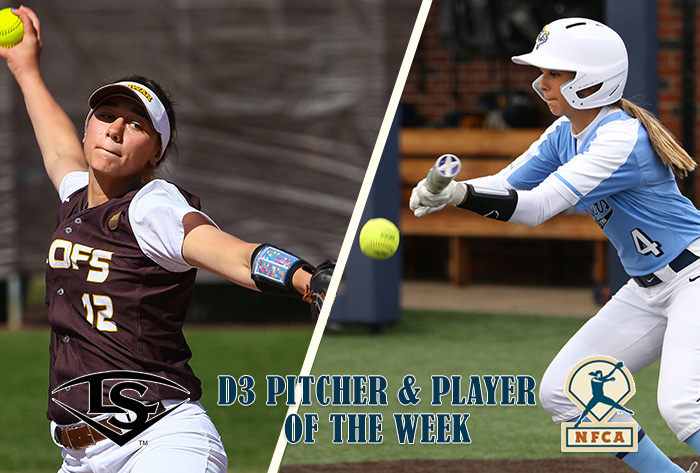 Sophomore right-hander DeDomenico went 4-0 this past week, with just one earned run and 31 strikeouts in 25.2 innings of action. The Hightstown High product collected three complete games and one shutout, while compiling a 0.27 earned-run average. She gave up just 14 hits over four appearances and held opposing batters to an .156 average, while batting .556 herself with five runs scored.