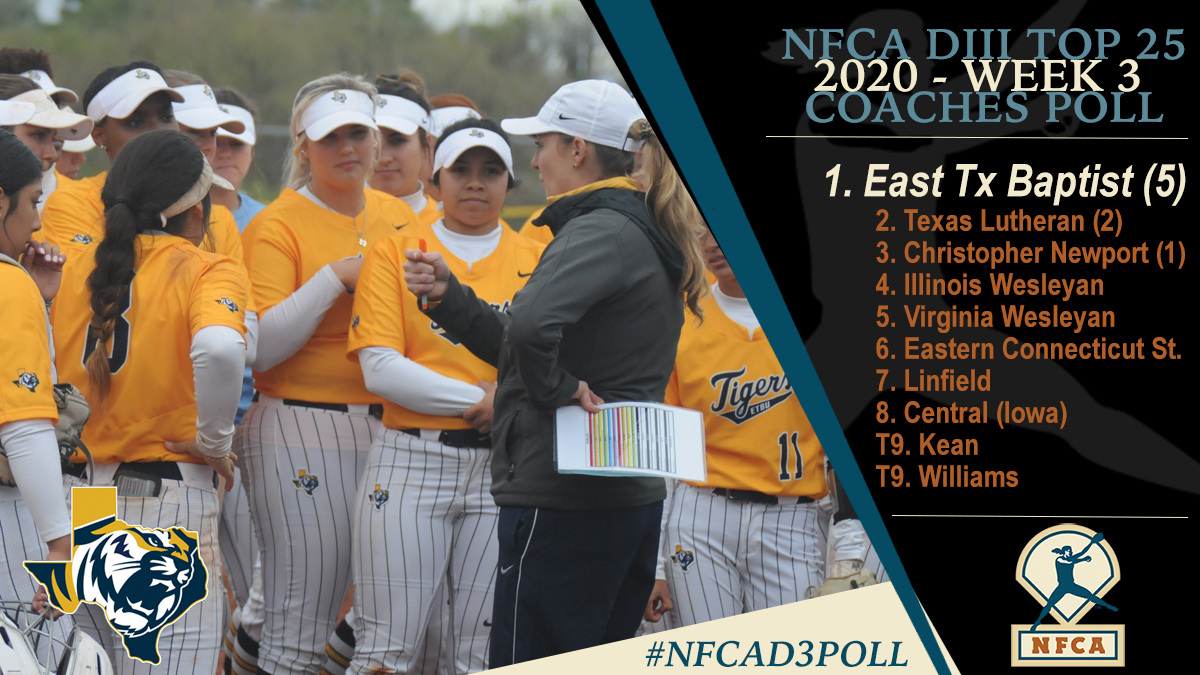 The (15-0) Tigers went 4-0 at the Leadoff in Tucson, Ariz., including wins over three teams in this week’s Top 25 (DePauw, Emory, St. John Fisher), to end the run at No. 1 for reigning national titlist Texas Lutheran, who had been the top team since the final ranking of last season.

The (17-1) Bulldogs, meanwhile, drop to No. 2 after suffering their first loss of the season to new No. 3 Christopher Newport at the Leadoff. The (12-1) Captains also dropped one spot in the rankings after falling to Illinois Wesleyan there. That victory helped the (7-1) Titans gain a spot to No. 4.

Berry, Milwaukee School of Engineering, St. John Fisher and Emory all made it into the Top 25 this week.

Dropped out: Averett, Ithaca, Rowan, Saint Benedict and The College of New Jersey.