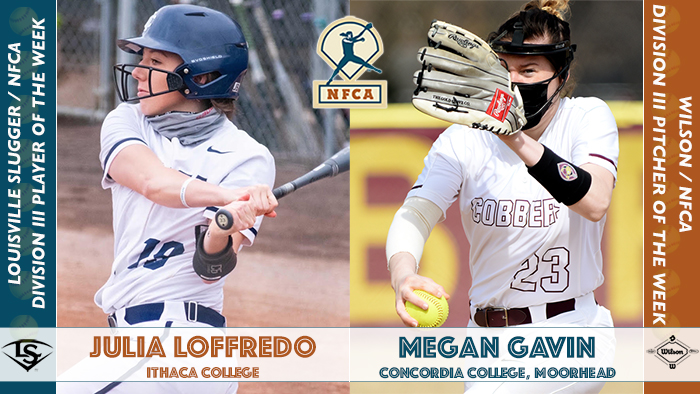 Gavin, a senior right-hander from Cold Spring, Minn., became the first pitcher in school history to toss a five-inning no-hitter and record all 15 outs via strikeout on Saturday against North Central. It was the fifth time this season she has reached double-digits in strikeouts. The next day, she fanned 14 of 20 batters in a six-inning one-hitter versus Minnesota-Morris.

Of the 52 outs Gavin recorded during the week, 36 were by strikeout. She had two wins, a save, just five hits, five walks, and no runs allowed across 17.1 innings.

Meanwhile, junior right fielder Loffredo opened her season with a bang for the Bombers, going 7-for-7 with three homers, eight runs batted in, and six runs scored in a twinbill sweep of Elmira. Over four games last week, the Skillman, N.J., native hit .615 with nine runs, three homers, 10 RBI and a 1.385 slugging percentage.