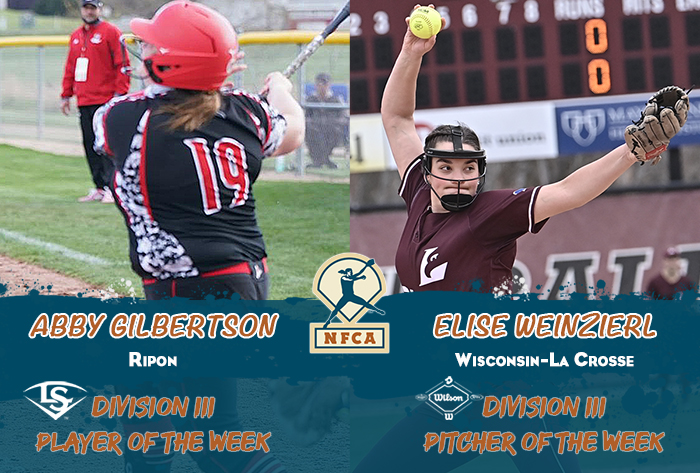 Gilbertson, a junior first baseman from Marquette, Wis., hit .750 (15-for-20) with four runs, four walks, six doubles, four home runs and 16 RBI in six games over the last week. The Markesan High product compiled a 1.650 slugging average, .792 on-base percentage and 2.447 OPS. She was a perfect 6-for-6 in a doubleheader sweep of Alverno, tying a single-game school record for hits (four) and doubles (three) in the first game. Gilbertson also hit a walk-off homer against Beloit.

Weinzierl, a sophomore right-hander from Saint Michael, Minn., delivered three conference victories and collected a pair of saves across five appearances in the circle. The Saint Michael-Albertville High graduate allowed just one unearned run and two walks, while fanning 20 over 21 innings and fielding her position flawlessly (eight assists).