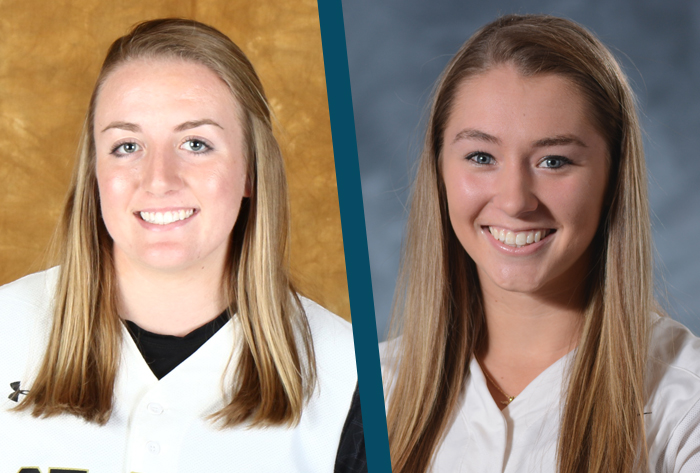 Graf, a senior right-hander from Sammamish, Wash., beat two NCAA tournament teams from a year ago. She struck out 18 in a 3-1 victory over Wisconsin-La Crosse, one day after fanning 15 in a three-hit shutout of Wisconsin-Eau Claire. The 18 strikeouts were one shy of her single-game record and moved her into 23rd place in NCAA Division III history for career strikeouts (920).

Designated hitter/pitcher Trotman, meanwhile, shined at the NFCA Leadoff Classic in Tucson, Ariz., helping lead the Cardinals to a 3-1 mark at the tournament and a 7-3 start to their season. The junior East Amherst, N.Y., native hit .457 (16-for-33) for the week with 13 runs scored, two doubles, a triple, two homers, six RBI and four steals in four attempts, as St. John Fisher’s week including a win over then-No. 14 St. Thomas and a 1-0 loss to East Texas Baptist, which ascended to the No. 1 spot in the rankings earlier today. She also has four wins and a save in the circle.