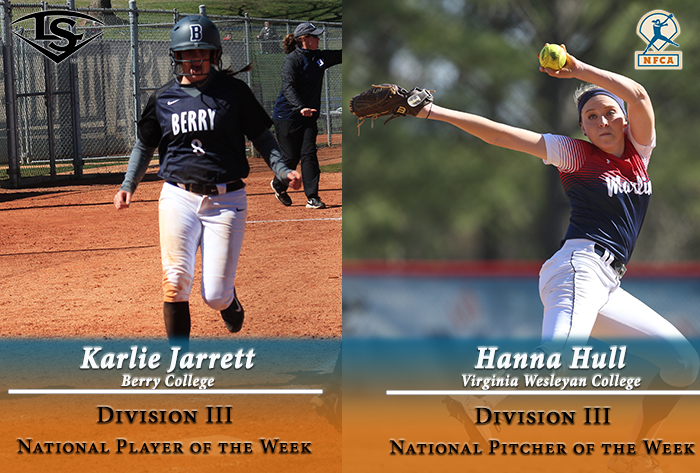 Hull, a freshman left-hander for the (16-0) Marlins, went 3-0 last week with a complete-game shutout of nationally-ranked Manhattanville and both wins in the Marlins’ first-ever sweep of rival Salisbury to earn her second straight honor. The Chesterfield, Va., native allowed just two runs and 10 hits in the three games. In 17.1 innings of work, she fanned 21 and walked just five.

Jarrett, meanwhile, was 6-for-7 (.857) for the week, with five runs, a bases-clearing triple and three runs batted in. The Chattooga High graduate also had a stolen base and compiled an 1.143 slugging percentage, as the (16-0) Vikings swept three games from Sewanee.