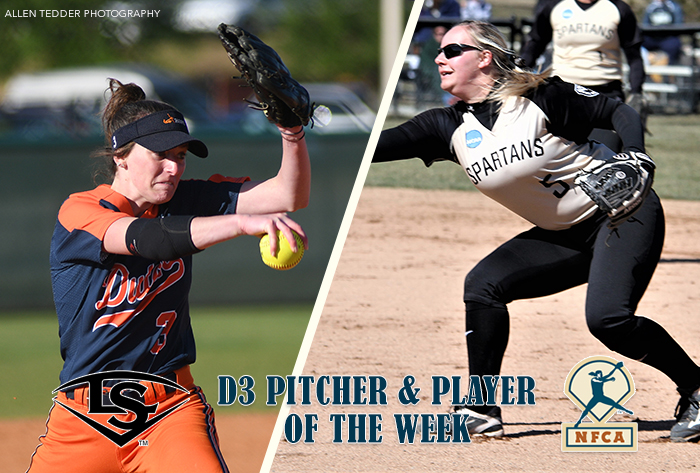 Senior right-hander Jones tossed the 10th no-hitter in school history in a 2-0 win over Plymouth State, allowing just two baserunners — one on a fielding error and the other on a dropped third strike — walking none and fanning 13. For the week, the South Lyon, Mich., product collected three wins, two shutouts, a save and 35 strikeouts in four appearances, allowing just one earned run in 24 innings of work.

Senior second baseman Ladwig, meanwhile, hit .625 in her team’s eight games this past week, collecting 15 hits in 24 at-bats, with 13 runs, two doubles, seven homers and 15 runs batted in. The Crown Point, Ind., native tied her own school record with her 11th homer (in 14 games) of the season and surpassed 100 RBI for her career. Her 0.76 homers per game this season leads all Division III players.