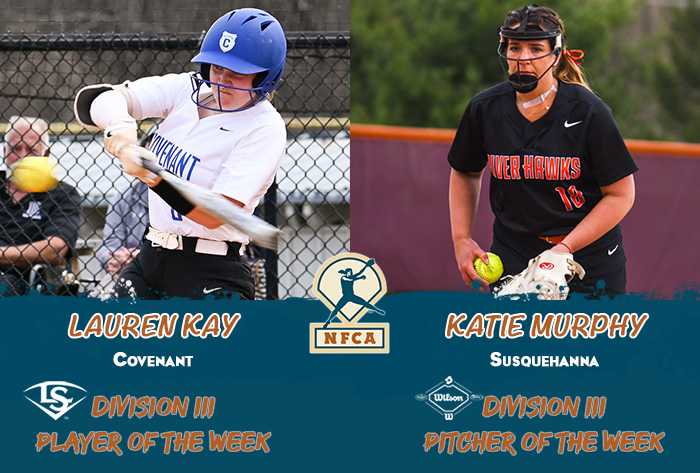 Murphy, a senior right-hander from Havre de Grace, Md., set a school record and tied a Landmark Conference mark with 15 strikeouts in a win over King’s, fanned 14 against Scranton, and struck out 13 versus York. The C. Milton Wright High graduate was 4-0 for the week, with a 0.63 ERA, eight hits, three walks, two earned runs allowed and 42 strikeouts over 22.1 innings.