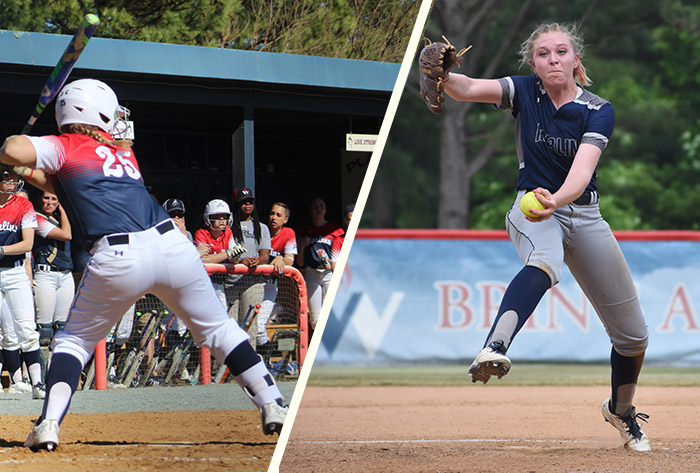 For Hull, it is her second-straight Louisville Slugger/NFCA Division III National Pitcher of the Week honor. Not surprisingly, Hull and Large also gave the (14-0) Marlins a sweep of Pitcher and Player of the Week honors in the Old Dominion Athletic Conference.

Sophomore left-hander Hull went 3-0 at the Leadoff, allowing just 10 hits and three runs over 21 tournament innings — all against ranked teams — while striking out 27 and walking eight. The Chesterfield, Va., native tossed a two-hit shutout in a showdown with previously unbeaten Texas Lutheran, fanned 10 in a 2-1 eight-inning victory over Moravian, and limited East Texas Baptist to just two hits in another victory.

Senior outfielder Large, meanwhile, was huge at the Leadoff, batting .471 with a triple, three homers and 15 runs batted in over six contests. The Unionville (Pa.) High product went 2-for-3 with two homers and six RBI in Virginia Wesleyan’s first Leadoff game against William Paterson.

Through 13 games this season, Kennett Square, Pa., native Large is hitting .433 with two doubles, a triple, three homers and 19 RBI, while playing flawlessly in right field for Virginia Wesleyan, which has now won 20 straight games going back to the end of the 2017 season.