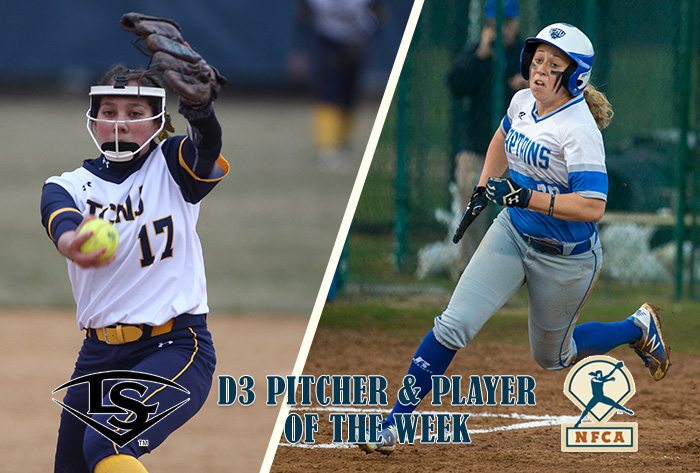 Freshman right-hander Namit went 3-0 in three starts in the circle, striking out 23 and allowing just three hits overall in a pair of no-hitters, to earn her second weekly honor of the season. The Mountainside, N.J., native no-hit both Stockton and Kean to become the first freshman in NCAA Division III history to record four no-hitters.