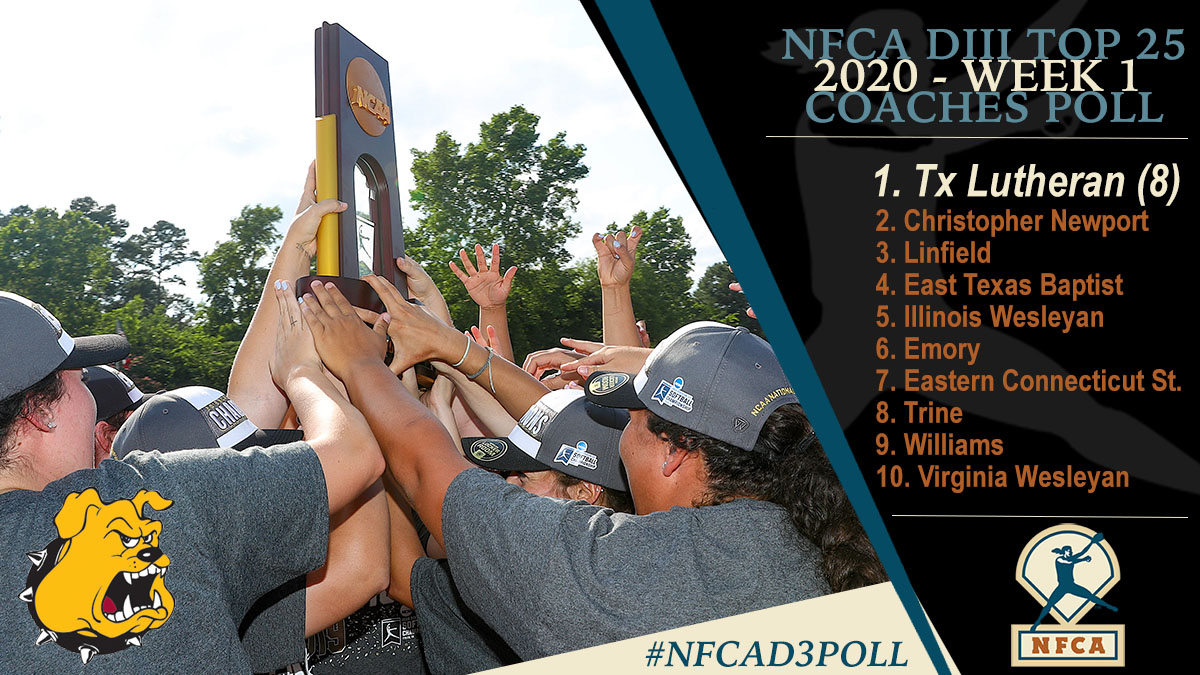 LOUISVILLE, Ky. — National champion Texas Lutheran is off to an 8-0 start and continues its run as the unanimous No. 1 in the NFCA Top 25 Coaches Poll.

The (8-0) Bulldogs won their first NCAA Division III title last May, going undefeated in five games at the NCAA championship finals in Tyler, Texas, including a sweep of Emory in the best-of-three championship series, and have continued to roll. They have now won 14 straight games and 27 of their last 28, dating back to last April.

Texas Lutheran is one of 11 teams receiving votes this week that will compete at the NFCA Division III Leadoff Classic on March 6-8 in Tucson, Ariz. The first six teams in the poll will all be there, as will No. 11 St. Thomas, No. 14 DePauw (4-0), No. 15 Mary Hardin-Baylor (6-1), 22nd-ranked Central and receiving votes Saint Benedict (2-0).