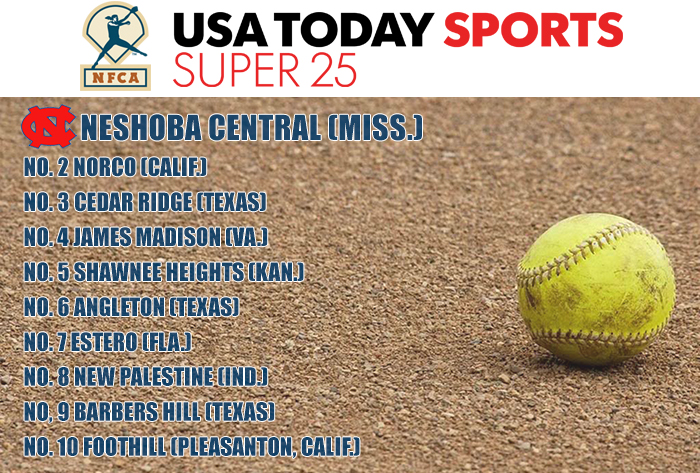 The (21-0) Rockets, fresh off Tuesday’s 6-0 victory over Choctaw Central, have outscored their last six opponents 40-0, and have now been the nation’s No. 1-ranked team for 13 weeks. Meanwhile, the nine teams below them also kept up their winning ways to maintain an unchanged top 10.

The first change this week occurs at No. 11, as Kentucky’s unbeaten Louisville Male (8-0) moved up three more spots after collecting three wins, including Wednesday night’s 15-1 victory over fellow ranked squad Spain Park (25-5) in Alabama. The Bulldogs have now outscored their opponents this season 107-5. After suffering its third-straight loss, Spain Park fell to 25th.

Elsewhere, Illinois’ Marist (8-2) rebounded with four consecutive triumphs to get back eight of the 10 places it lost two weeks ago, when the Redhawks fell from 15th to 25th.