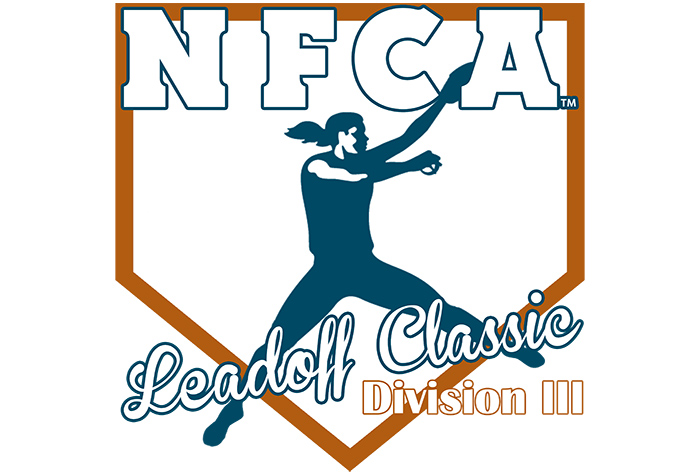 TUCSON, Ariz. - Due to inclement weather and unsafe playing conditions, the remainder of the NFCA Division III Leadoff Classic has been canceled.

Following the conclusion of the 9:00 a.m. contests, the city of Tucson, which oversees the Lincoln Park complex, halted all games and canceled play for the rest of the day.

The Beavers doubled up LeTourneau, 14-7, while WashU won a slugfest over Mary Hardin-Baylor, 17-13. Babson and UMHB each posted 3-1 marks, while WashU improved to 3-1. Alma edged George Fox, 7-6, and DePauw topped Emerson, 11-5, to bring their respective tournament records to 2-3, while PLU earned its first triumph, 3-1 over Emory & Henry.

In the continuation of the halted game between Linfield and Saint Benedict, the Wildcats walked off with a 4-3 victory. The first batter of the morning, Bennies’ Olivia McCabe, launched a two-out, three-run homer in the top of the sixth to even the contest at 3-3. With two outs in the bottom of the seventh, Katie Phillips stroked the walk-off single to right, plating Kelsey Wilkinson with the winning run.