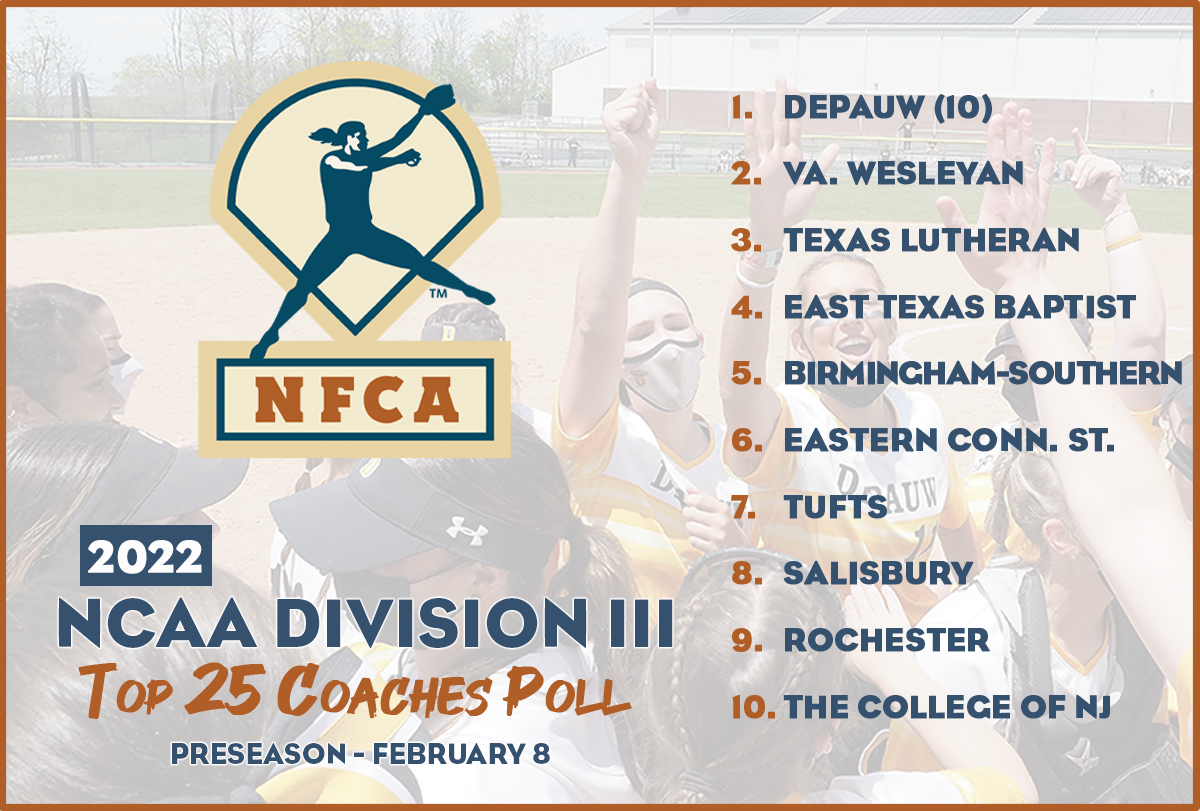 LOUISVILLE, Ky. — DePauw, which went into last season’s NCAA Division III Finals as the top seed, starts 2022 as the unanimous preseason No. 1 in the NFCA Division III Top 25 Coaches Poll.

The (40-5) Tigers return 26 players to a roster that includes NFCA All-America pitcher Cami Henry and tied for third nationally at the NCAAs in Salem, Va.

East Texas Baptist (33-7) which fell to Birmingham-Southern (33-8) in the 2021 NCAA Marshall Regional, starts one spot ahead of the Panthers in the preseason top five. Birmingham-Southern has a new coaching staff this season after tying for third at the NCAA Finals a year ago.