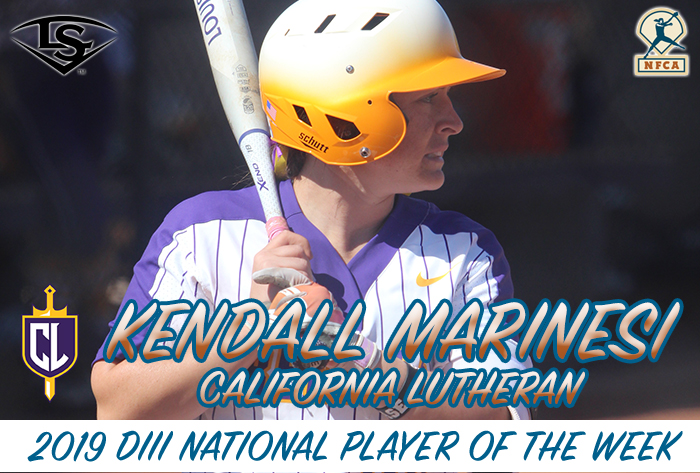 Marinesi, meanwhile, compiled a monster week for the Regals, driving in 40 percent of her team’s runs, while batting .565 with four doubles, two triples, five homers and 18 RBI. The junior third baseman hit a grand slam in a 16-10 victory over Hiram last Monday, and was solid in the field with eight putouts and 19 assists for the week.