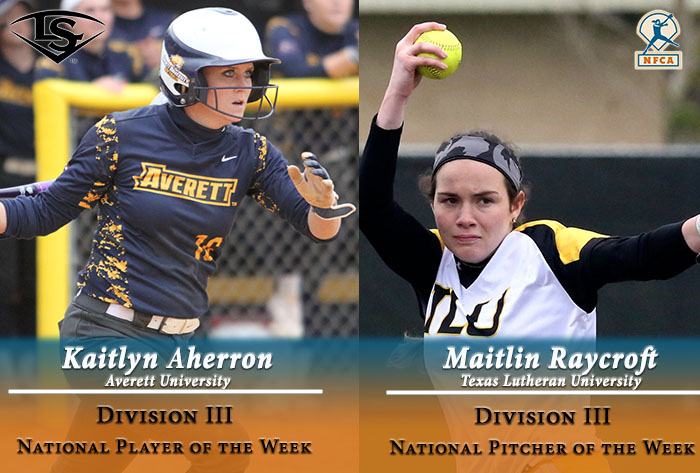 Raycroft, a junior right-hander for the 12th-ranked (26-4) Bulldogs, continued to dominate Division III hitters, winning four games over the last week to extend her own victory streak to 14 and help the Bulldogs capture their 26th straight game.

Last week, the Galveston College transfer set the Division III record for no-hitters in a season with her sixth, and she nearly added a seventh, settling for an one-hit shutout of Centenary. She also had a five-hit shutout of Hardin-Simmons, picked up a victory in relief against Centenary and tossed 6.2 stellar innings in another triumph over Centenary. In her four games, Raycroft allowed just two earned runs and three walks while striking out 39 over 22.2 innings.

A freshman third baseman and pitcher, Aherron fanned 23 batters over 21.1 innings of work in the circle, making five appearances during the week and picking up a win and a save.