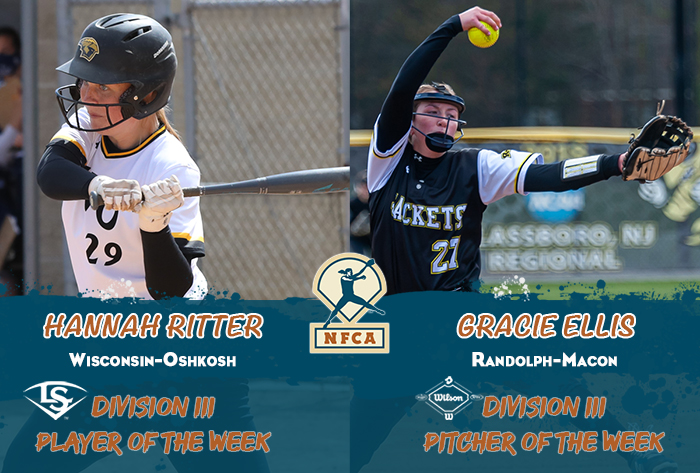 Ritter, a junior first baseman from Marengo, Ill., hit safely in all eight of her contests, going 17-for-23 (.739) with 13 runs, five doubles and 10 RBI. She had six multi-hit contests, including three 3-for-3 performances.

Ellis, a freshman right-hander from New Kent, Va., pitched a perfect game against Guilford on Sunday, striking out 14, and was 3-0 for the week with three complete games. Over 20 innings, she fanned 22 and allowed just seven hits, two runs (one earned) and walked three.