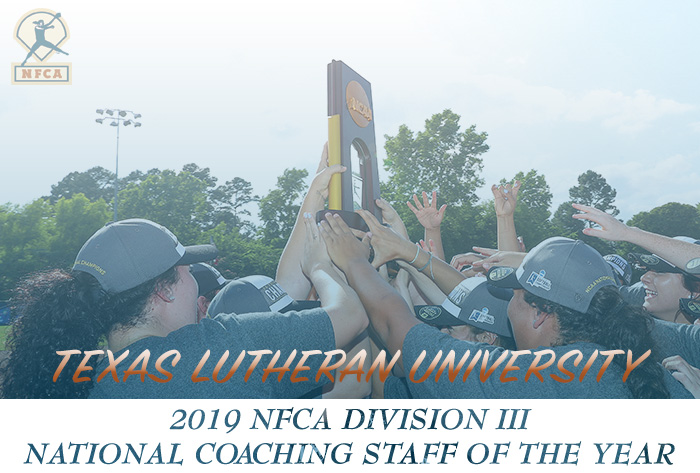 Led by head coach Wade Wilson and assistants Olivia Van Hook, Dennis Moe and Ed Zarzabal, Texas Lutheran (40-8) advanced to its first NCAA championship and went a perfect 5-0 there to claim the first Division III softball crown in school history. The Bulldogs defeated Emory twice on May 27 in the best-of-three championship series to earn the title and complete a stretch during which they won 19 of 20 games.

In their run to the national championship, Texas Lutheran went undefeated in the NCAA Marshall (Texas) Regional, and 2-1 against Linfield College at the McMinnville (Ore.) Super Regional. Add on their three victories en route to their sixth-straight Southern Collegiate Athletic Conference Tournament, and the Bulldogs were 13-1 overall in the postseason this year.