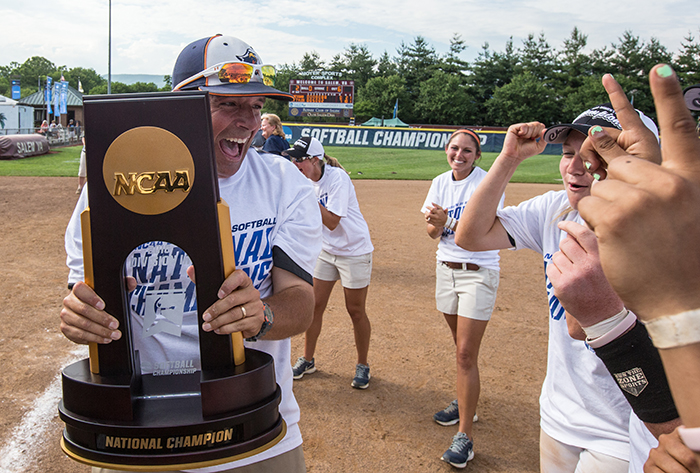 LOUISVILLE, Ky. – National champion University of Texas at Tyler was the pick of its peers as the 2016 NFCA Division III National Coaching Staff of the Year, the Association announced on Wednesday.

Texas-Tyler (49-5) captured its first-ever Division III title after finishing second in the nation to three-time reigning titlist Tufts in the finals last season. The Patriots captured the NFCA Leadoff Classic in March at the South Commons Complex in Columbus, Ga., and had little trouble the rest of the way in returning to Salem’s James I. Moyer Sports Complex for some unfinished business.

They buzzed undefeated (29-0) through the American Southwest Conference, and only lost twice to Belhaven — which is transitioning to Division III from the NAIA — and twice in two days to East Texas Baptist in the ASC Tournament, including in the championship game. The Patriots hosted and won both the NCAA Regional and Super Regional titles and dropped one game — to St. John Fisher — during their 5-1 run to the title in Salem.