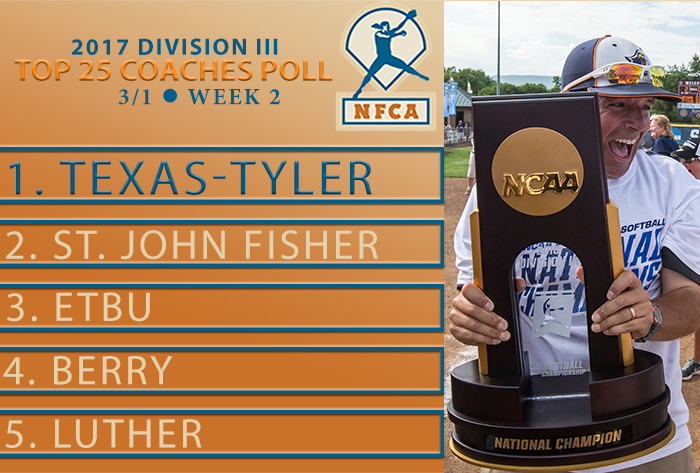 The (13-0) Patriots wasted no time getting off to a strong start, despite losing 2016 Schutt Sports/NFCA Division III National Player of the Year Kelsie Batten and the left side of their infield, going 5-0 last week.

Emory (9-3), meanwhile, moved back up three places to eighth, after dropping from fourth last week, Messiah (3-1) dropped from third to ninth, and Rowan (0-0) gained two places to round out the top 10.

Dropped out: Birmingham-Southern and Salisbury.