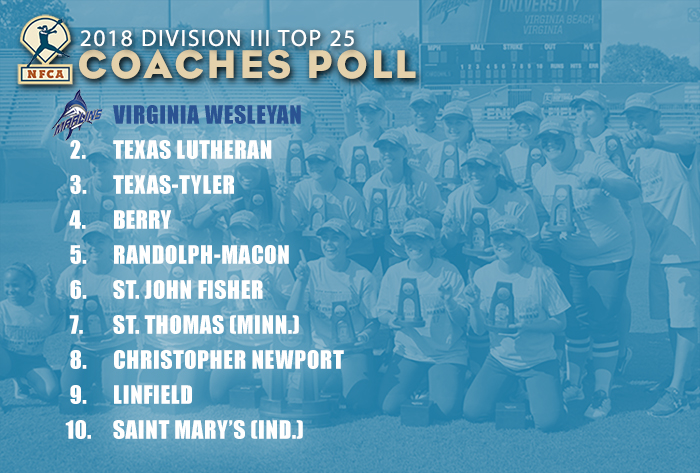 The top-ranked (45-2) Marlins dropped their Old Dominion Athletic Conference tournament opener, 5-1 to Guilford in eight innings on Friday, before reeling off six straight victories on Saturday and Sunday to claim their third-consecutive ODAC crown, and 11th title overall.

Elsewhere, No. 16 Calvin and No. 21 Otterbein went from receiving votes to spots in the Top 25, and previously-unranked Lake Forest and Ithaca returned this week in the 20th and 24th positions, respectively.