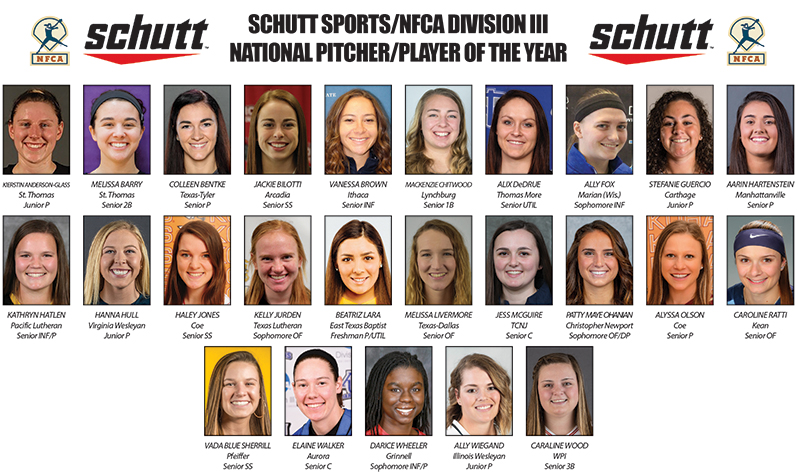 Two schools — Coe College and the University of St. Thomas (Minn.) have two players currently on the list, while 21 institutions have one player apiece. The Great Lakes and West regions have the most players on the list — with five each — while the Atlantic, East and Midwest have four representatives, and the Central, New England and Northeast have one apiece.

In all, there are 16 seniors, four juniors and four sophomores in the group. East Texas Baptist University pitcher/utility player Beatriz Lara is the lone freshman in the mix.

The list, which started with 50 names, will be cut one more time — to 10 finalists — before just one pitcher and player remain at the conclusion of the season. The two winners will come from the 10 finalists chosen at the next update.

A Pitcher of the Year award was added to the Player of the Year honor prior to this season. The list is compiled annually by the NFCA’s Division III All-America committee.