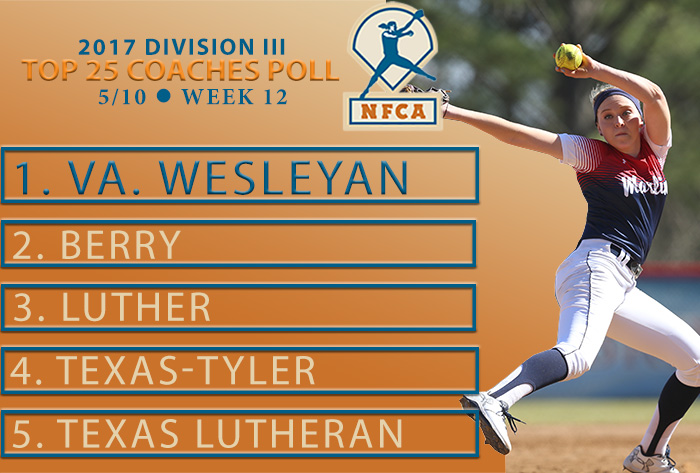 LOUISVILLE, Ky. — Virginia Wesleyan remained the No. 1 choice in the NFCA Top 25 softball rankings for a sixth straight week, as teams prepare for the NCAA Tournament.

The (43-2) Marlins and seven other teams in the Top 25 were idle after completing their conference tournaments last week. Only Luther (39-3), which went 2-0 and captured the Iowa Intercollegiate Athletic Conference Tournament title on Saturday, was active among the unanimous and unchanged first five teams.

Babson (28-13) and Widener (26-11) are the two newcomers this week, after claiming the New England Women’s and Men’s Athletic Conference and Middle Atlantic Conference Commonwealth championships, respectively. In all, 30 of the 32 teams receiving votes this week will be playing in the 62-team NCAA Tournament, which opens on Thursday.