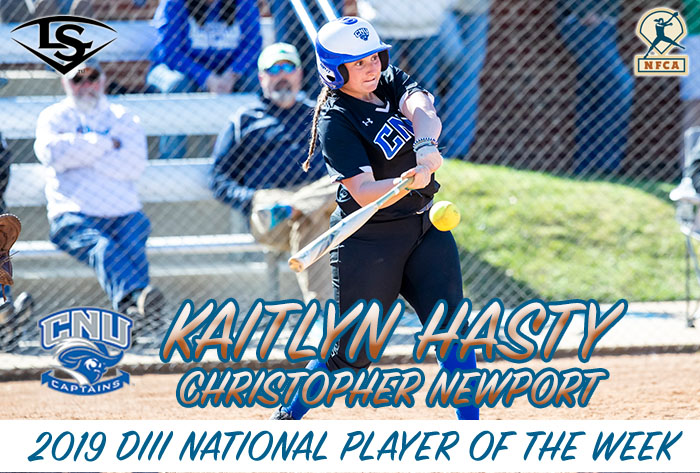 Senior right-hander Whittemore dominated her two starts, going 2-0 with five hits and no runs allowed, while walking one and fanning 14 over 10 innings of work for the 24th-ranked (10-3) Yellow Jackets. She has held opponents scoreless for the past 24 innings, and the Montpelier, Va., native also helped herself at the plate, going 4-for-8 with three runs scored and two runs batted in.

Freshman utility player Hasty, meanwhile, had a big week to help the (15-1) Captains move up to the No. 2 spot in the NFCA Top 25. She hit .647 (11-for-17) with a double, triple, five homers and 16 RBI in six victories. Against nationally-ranked Lynchburg, the Chesapeake, Va., native performed her best, going 4-for-6, including 3-for-4 with two homers in the first game against the Hornets.