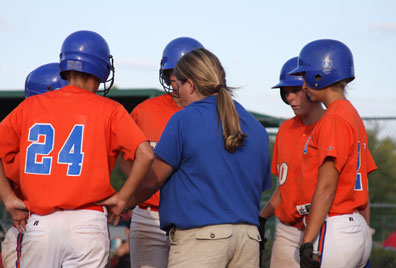 The Tigers spent the majority of the season at the top of the NJCAA Division I poll, before roaring into the postseason and capturing the Region 7 championship. Chattanooga (62-4) suffered a slight hiccup in the latter rounds of the national tournament, but battled back and won three games on the final day to capture the school’s first national championship in any sport.

Helping lead the Tigers to a national crown this season were three first team NFCA All-Americans: pitcher Ashley Czechner, infielder, Lacye Walker and outfielder Shelby Johnson. Czechner posted the second lowest ERA in the nation at 0.66 and the most strikeouts with 370. Walker hit .450 with 69 RBIs and the most doubles in the nation at 29, while Johnson was second in the country in stolen bases with 83 and also had 36 RBIs.

Earlier this month, Chattanooga earned regional coaching staff of the year honors for the South and was joined by Salt Lake and Blinn, which won in the West and Midwest, respectively.