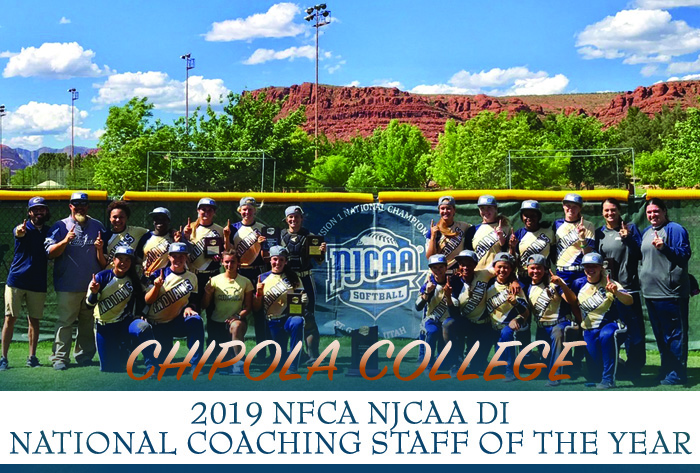 LOUISVILLE, Ky. – Coming off a 2019 national championship, Chipola College, under the direction of Belinda Hendrix, has been named the 2019 NFCA NJCAA DI National Coaching Staff of the Year. Under the guidance of Hendrix, associate head coach Jimmy Hendrix and assistant coach Kelly Brookins, the Indians captured the program’s third NJCAA DI national title.

Chipola posted a 52-5-1 record and entered the NJCAA DI national tournament as the No. 2 seed. The Indians won the NJCAA District H Championship, posting a 4-1 record and defeating Florida SouthWestern State College, 2-1, in the clincher. At the national championship, Chipola went undefeated over a five-game stretch, which included a 19-2 win in the title game against Angelina College. During that run, the Indians scored 69 runs, including 52 over the final three contests.

In 15 years at the helm of Chipola, Hendrix has guided her program to three NJCAA national titles, eight Panhandle Conference and seven FCCAA State championships, while compiling a 699-179-1 (.796) record.