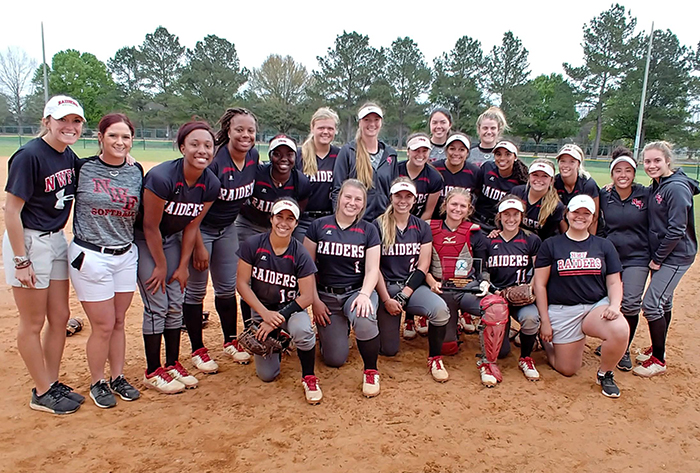 COLUMBUS, Ga. – Florida SouthWestern State College captured the 2019 NFCA NJCAA Leadoff Classic title with a 14-4 five-inning win over LSU Eunice in the Gold Bracket championship at the South Commons Softball Complex. The top-ranked team in NJCAA DI stayed undefeated and improved to 31-0 with six wins over the weekend.

Behind a quick start and a 14-hit attack, Florida SouthWestern cruised to its win over No. 2 (DII) LSU Eunice. The Buccaneers jumped on the Bengals (23-5) with five first-inning runs, three courtesy of Haley Ellefson’s three-run home run.  After a single run in the second, FSW recorded its second five-run inning in the fourth, sending 10 batters to the plate.

LSU Eunice got on the board in the bottom half of the fourth on an RBI single by Hannah Smith. Both squads scored three runs in their respective fifth innings.

For the Buccaneers, Rebeca Laudino finished 3-for-3 with three runs, while Ellefson homered, doubled and drove in six. Mallory Little was 1-for-2 with two runs scored for the Bengals.

Highlighted by a five-run fifth, Central Alabama built a 6-0 lead. However, Northwest Florida finally got its offense on track with four runs in the bottom half of the fifth and took the lead for good with four more in the sixth. Thalia Viera da Silva and Lauren Rase each scored two runs for the Raiders (16-14). Sierra Easterwood crossed the dish twice for the Trojans (17-7). Both squads finished 3-3 over the weekend.