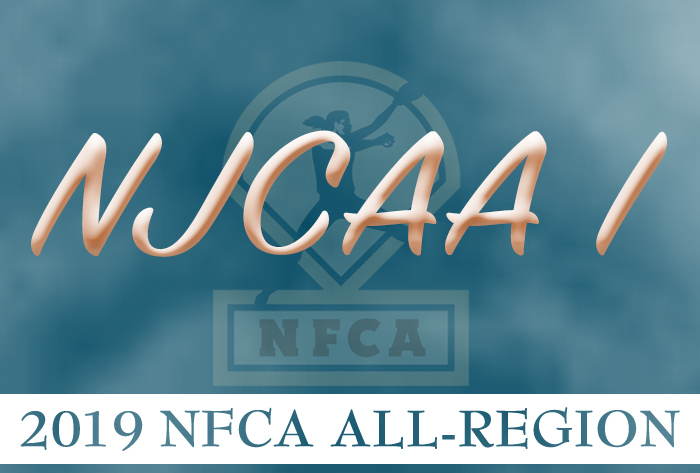 LOUISVILLE, Ky. — The NFCA is proud to announce the 98 players from 43 schools chosen for the 2019 NJCAA Division I All-Region softball teams.

As in the past, the squad is comprised of two 16-player teams in each of the country’s three NJCAA regions.

Meanwhile, Crowder, Lake Land and Temple in the Midwest; Arizona Western, Howard and College of Southern Idaho in the West; and Florida SouthWestern State in the South all had four honorees apiece.

Five schools had three players on their respective All-Region squad, while eight had two, and 19 had one player chosen.

All-Region players are nominated and selected by NFCA member head coaches in each of the three NJCAA regions. The All-America team will be announced Thursday online at NFCA.org.