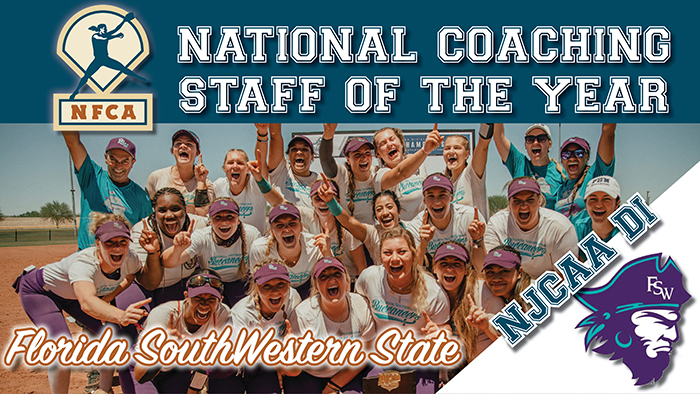 Under the direction of the program’s only head coach, Robert Iamurri,  the Bucs (49-4) captured their first-ever NJCAA DI National Championship with a 5-1 comeback win over Grayson College in the title game. Along with the guidance of his staff – assistant coaches Kellie Quarles, Marta Fuentes & Ryan Iamurri and volunteer assistant Jeff Stevens - FSW wrapped up the season by defeating seven different NJCAA DI Top 15 ranked teams over the final eight games of the season.

Ranked No. 1 in eight weeks of NJCAA DI Top-20 Coaches Poll and no lower than third nationally all season, the Bucs enjoyed an undefeated run through the Suncoast Conference, winning their fifth straight regular-season title. Iamurri, the Suncoast Conference Coach of the Year, has put together a remarkable six-year stretch for FSW. He has steered the program to a 398-37 record, 75-4 in league play, two state championships and four trips to the NJCAA DI Tournament.