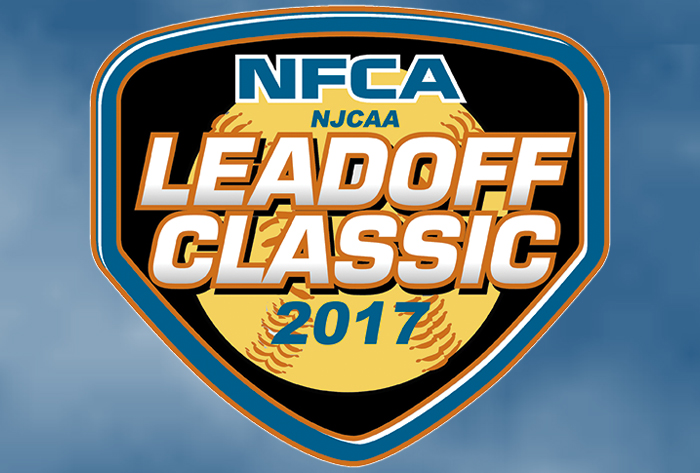 LOUISVILLE, Ky. - The National Fastpitch Coaches Association is pleased to announce its all-tournament team for the 2017 NFCA NJCAA Leadoff Classic. A total of 13 student-athletes were selected for their outstanding play over three days of competition, including the tournament MVP Kelly Byrd of Jones County Junior College.

Byrd was a key factor in the top-ranked Lady Bobcats posting a 5-0 mark at the Classic. The sophomore from Terry, Miss., hit .529 (9-for-16) with four doubles, a triple, home run, 10 RBI and 10 runs scored. She recorded a hit in each game and posted three multi-hit and multi-RBI contests. Against Sinclair, Byrd was 3-for-5 with a pair of doubles, a homer, four RBI and three runs scored. Byrd  registered two doubles, two RBI and three runs against CCBC Catonsville and recorded two hits and two RBI in a 5-0 win over No. 5 Kirkwood.