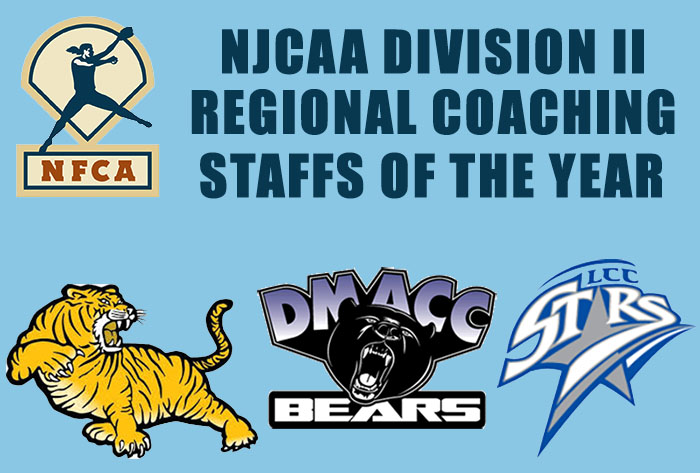 South Region recipient LSU Eunice scored its fifth national title in program history — and fourth in the last five years — with an 8-7 walkoff victory over Jones County on a squeeze bunt on May 20 at Traceway Park in Clinton, Miss. That capped a 53-11 campaign for head coach Andy Lee and assistant Logan Hebert, who led the Bengals to victories in 18 of their first 19 games, including a stretch of 17 straight.

In the East, Lansing was the honoree for a second consecutive season after finishing seventh nationally. The Stars went 42-15-1 in their sixth season under head coach Marc Kibby and assistants Carl Chaffee, Janet Hengesbach and Tom Smith, winning 12 straight before a day two loss to Phoenix College at the NJCAA Division II Championship.

The NFCA NJCAA Division II National Coaching Staff of the Year will be announced on June 9.