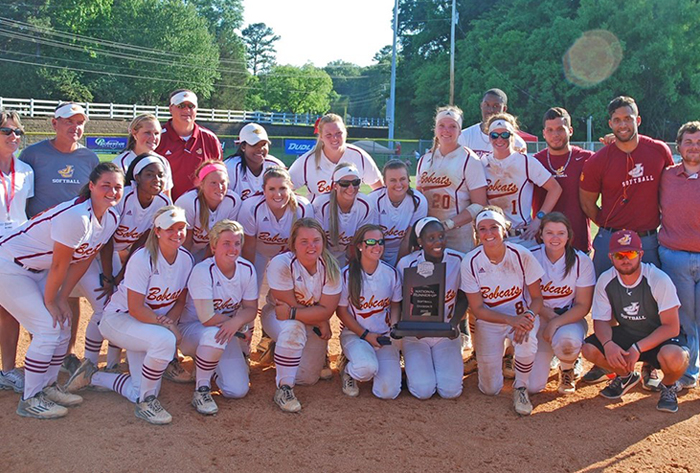 Voted by its NFCA peers as the top team in the South Region, the Bobcats’ staff of head coach Chris Robinson, associate head coach Bob Herrington and assistant coach Carlos Castro guided JCJC to a runner-up finish to LSU Eunice at the NJCAA Division II Championship. The Bobcats dealt the Bengals three of their eight losses this season, including two in winning their first Region 23 title and the other in the national tournament.

The staff led their team to 21 straight victories before falling 4-2 to LSU Eunice in the national semifinals. JCJC rebounded to eliminate Kankakee Community College, 9-6, before beating LSU Eunice, 9-0, to force a second winner-take-all national championship game that the Bengals won, 12-4.

Also during the winning streak, the Bobcats captured the MACJC tournament championship for the fourth time in the last five years.