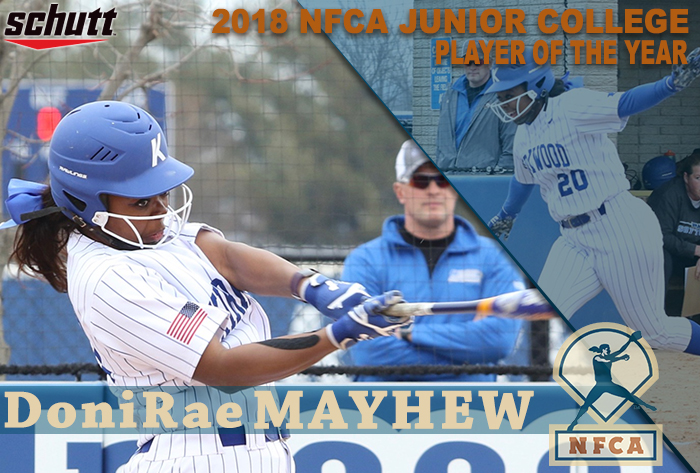 LOUISVILLE, Ky. – Kirkwood Community College’s DoniRae Mayhew was selected the 2018 Schutt Sports/NFCA Junior College National Player of the Year, announced the Association on Tuesday afternoon. Mayhew is the second Eagle to garner the honor, joining Taylor Nearad, who took home the recognition twice in 2016 and 2017.

The award was voted on by the members of the NFCA’s Junior College All-American and Coaching Staff of the Committees, which a comprised of NJCAA I, II & III, Cal JC and NWAC.