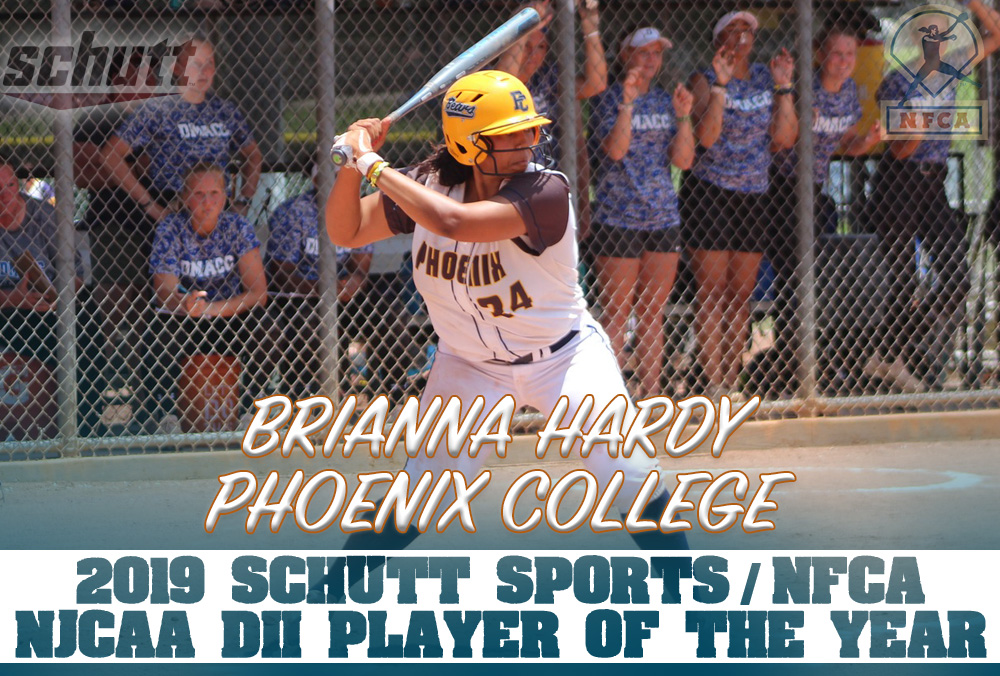 LOUISVILLE, Ky. — The NFCA is pleased to announce that Phoenix College freshman pitcher/infielder Brianna Hardy has been chosen as the 2019 Schutt Sports/NFCA NJCAA Division II National Player of the Year.

Hardy was a force in the circle this season for the Bears, earning first-team NFCA All-America honors in her first collegiate season, by leading NJCAA Division II in wins (32), strikeouts (371), strikeouts per game (12.55) and shutouts (19).

In the batter’s box, Hardy also excelled, hitting .347 and collecting 42 hits, four doubles, 13 homers and 46 RBI for Phoenix, which went 52-9 this season, and lost twice to LSU Eunice at the NJCAA Division II championship — including 10-5 in the championship game — at Traceway Park in Clinton, Miss.

The Schutt Sports/NFCA NJCAA Division II National Player of the Year recipient is selected by the NFCA’s NJCAA Division II All-American Committee, which chooses one of its 16 first-team All-Americans for this honor. This was the first year that the award was split to honor players in each of the Association’s five two-year college divisions.